XASS: Tell us about yourself. Where are you from, what year are you, what are you majoring in?

George: Well, I’m from Minnesota, a small town called Sebeka. But we recently moved, and now I live a half hour away in a forest called Huntersville. It’s pretty great. I’m going to be a senior at Stanford, starting to get old, and I’m majoring in psychology with the hope to be a psychiatrist someday.

XASS: What draws you to psychology?

George: When I was younger, I wanted to be a preacher and I thought psychology would be a really relevant major for that. I’m leaning more towards psychiatry now because of my own personal history of mental health and some family relationships. I think it’s a really useful skill to have for bettering myself and people around me.

XASS: Would you like to talk about your mental health?

George: Sure, yeah. I have Bipolar I. I was diagnosed with it freshman year, and it was an interesting time because, where I’m from, people don’t really have awareness about mental health. Like, it’s not really a topic that’s spoken about. Fortunately, I was at Stanford where they are cutting edge. But yeah, certainly something that rocked my world and set me back a little academically. Without a good community like Chi Alpha it would have been a lot harder.

XASS: So how did you get connected to Chi Alpha in the first place?

George: I’m not sure – I was just walking around at the orientation fair and started talking to people. I was looking for some Christian groups because I wanted to make a change in college. So I was chatting it up with Noah and Nathaniel, I think. And then I kept running into them. And next thing you know I’m plugged in.

XASS: So you were looking for a Christian group and earlier you said that you wanted to be a preacher growing up. It sounds like you had some sort of church background. Tell me about that. 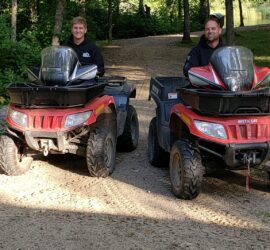 George: Yeah, it’s a weird background. So my mom, she’s big into the whole church thing she used to run AWANA, if you’re familiar with that. It’s a Bible study for little kids. But we had a bad experience with the church. The pastor kind of got kicked out for cheating on his wife, and he used to preach lots of hellfire doctrine, I guess you could call it, which interestingly was a big reason why I became a Christian in the first place. Then we tried to go to another church and that one split up and then we just kind of gave up, I guess.

I went to one when I got my driver’s license for a little bit, but never got that involved. I just went to the youth group with some friends and whatever. So yeah, coming to Stanford was a good opportunity to find church, to find community, in a really holistic way that I’ve never experienced before.

XASS: So Stanford has been a good experience for your faith?

George: Oh yeah. Oh yeah. Back home, it’s kind of assumed that most people have a faith of some sort. But living it out or having an articulate reason for faith is definitely not an emphasis. So going into a place like Stanford where it’s, “Oh shoot, I have to know what I believe in and why” was a very good experience for me.

XASS: Do you have any hobbies?

George: Oh yeah, I like trees a lot, very much. Carpentry is what I grew up with. Wood working, that kind of thing is a lot of fun. Also hunting, fishing, you know, all the good old country boy activities. And snowmobiling is nice, but there’s not a lot of snow in California for that.

XASS: You mentioned woodworking. Have you built anything interesting lately?

George: Yeah, I built a pergola. It’s like a semi-shade structure for gardening for my mama. And yeah, it’s pretty sweet. And then I’m working on an earring holder. I’m like halfway done with it, and it’ll be pretty sweet when I’m finished. 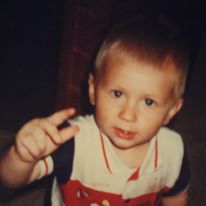 XASS: You also mentioned snowmobiling. Minnesota has legendary winters. Do you have any crazy cold stories?

George: Yeah, two years ago it got down to negative 50 in Minnesota, and that’s pretty nuts. People got busted heat pipes and everything and were freaking out. Like they needed help getting out of their house because it snowed so much that they were trapped in. So my dad and I had to go around – he was like in one piece of equipment and I was in another – and we plowed so that people could get out of their houses and get to work. That’s kind of a sad scary memory. But there are lots of good snow day memories where we didn’t have to go to school and just got to build a snowman and snow forts and throw snowballs at each other.

George: Yeah, I think I do. I think my favorite switches from season to season, so I have one right now and then I think I have an overall favorite as well. So I’m going to give you two of them.

I like the very beginning of Judges where they’re talking about Israel and how they’re going into the Promised Land. They were guaranteed God is with them – it’s very specific that God is with them. But they didn’t keep conquering and they had all these excuses, like you know “the Canaanites had chariots of steel” or they wanted to make peace with some people and just stay there cohabiting with these people that God said they were supposed to drive out

And I think that’s really interesting and extremely relevant for this season of life, because I feel like I have everything I could possibly want materially. I’m in a cabin by myself out in the woods, and I’ve kind of had this image of this ideal ever since I was a little guy. And now it’s like, what’s left? What is my figurative promised land in this season that I might be complacent in? Because that was the thing with the Israelites. They got in there and they were just comfortable with where they were at and didn’t fulfill all God’s plan for them. And yeah, I guess my underlying purpose of the season is how do I avoid that sort of complacency?

And I guess my favorite Bible verse overall would be 1 Peter 3:15. I have a tattoo of it on my heart. I got it during frosh scavenger hunt, actually. *laughs* It says “But in your hearts revere Christ as Lord. Always be prepared to give an answer to everyone who asks you to give the reason for the hope that you have. But do this with gentleness and respect.”

That’s really meaningful for me because, as I mentioned earlier, I’ve kind of a weird church history and I was kind of an angsty Christian for a lot of time and just liked to argue about philosophical concepts and that kind of thing rather than letting the power of Christ overtake me. I like to say I had more of a head faith than I did a heart faith. So yeah, this verse is very sentimental to me. Revere Christ in your heart and be prepared with gentleness and respect.

XASS: Awesome. So now for the classic spotlight series question. George, are you in a relationship?

George: I am not. I gave it a shot for the first time in a while, but I think the timing is still not right. Importantly, too, our life goals might not be the most compatible – things that ought to be respected and valued on their own but not necessarily together. Still, this relationship brought me closer to God and is a testament to the fact that all outcomes are a success while dating. It’s a beautiful thing, and I think a distinctly Christian thing, that I still revere her as highly now as I did when we were romantically involved.

XASS: Is there anything that I would have asked if I knew you better? Anything that maybe I left uncovered that would be interesting for others to know about you?

George: That’s a good question. A tough one because I think you know me better than most people. One thing: this quarter I’m renting a house in Colorado with three other guys that are basically counterparts of myself, and this is also a reflection of the wonderful Christian community at Stanford. So get involved – it’s a good thing!

This summer we’re meeting in person at the Haas Center Wednesdays at 7:30pm June 22-Aug 5, we also livestream at live.xastanford.org