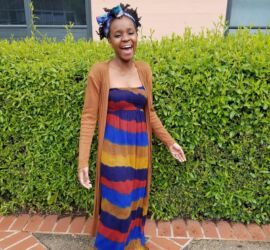 XASS: Dumi, welcome! Why don’t you begin by introducing yourself?

XASS: What did you think you were going to do when you came to Stanford?

Dumi: So the ironic thing is I came in as a Human Biology major, and I discovered Symbolic Systems. And Computer Science. And Bio Engineering. And Public Policy. I was an Anthropology major for a year and a half, and then I switched back to Human Biology.

XASS: And is this pre-med human biology or you don’t know?

Dumi: Yeah, so I am planning to become a doctor. I changed my mind about being pre-med as a freshman, though. I came in being pre-med but essentially what I’m passionate about is global health, health policy and increasing access to health care. Stanford was amazing in giving me ideas of different ways to achieve that goal and I explored all of those. But at the end of the day, through different experiences, I realized that I still do want to work in global health policy, but I think patient care will be really rewarding for me.

XASS: Where is it I am interviewing you from?

Dumi: I am in my house in Zimbabwe.

XASS: And so, Zimbabwe to Stanford. It’s not the most obvious choice. How did you find yourself at the farm? 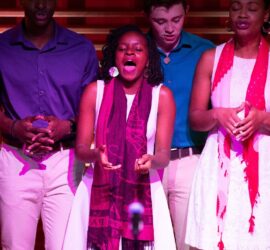 Dumi: Yeah. It almost happened by accident, actually. So going through high school, I knew I wanted to apply for medical school and I was on track to attend the medical school in Zimbabwe, which is really good and produces high quality doctors. But in high school I was involved in a whole bunch of stuff in addition to the sciences. So I did a lot of acting, singing and public speaking. And so the career counselor at school stopped me in the library one day and she said, “You know, I think you would be a great candidate for an American University” and I thought “No way!” – I didn’t take her seriously. I later told a mentor of mine. And she was like, “You have to do this! You have to go for it!”

So I started reaching out to  alumni from my high school who attended different colleges in the US and they helped me figure out the process. At the end of the day I got into Stanford and a few other schools and Stanford became the obvious choice because of the scholarship package and I was also received really well by the Zimbabweans who were already here. So I figured I would be in a good place.

XASS: Right. We’ve talked about your academic life. What about your hobbies? What are you into that you’re not getting graded for?

Dumi: So, surprise, surprise. I love singing – it’s literally in my name! Fun fact: my name, Dumisile, actually means ‘praise God’ in Ndebele and Melody – you know, it’s a melody. So I LOVE to sing. I sing all the time. It annoys my sisters because they’ll talk about a very basic thing and I’ll turn a word into a song. I really enjoy spending time in worship. I’m also an alto in Talisman A Cappella group, and have really grown as a musician through that.

I also love working out. And I’ve had much more time to do that of late. I really enjoy jogging. 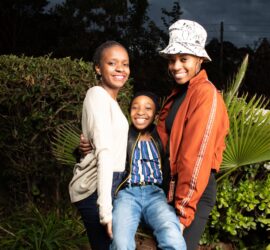 XASS: When you told me that your name Dumisile means “praise God” my first thought was, when I call you Dumi for short am I saying “praise” or am I saying “God”? I’m not calling you God all the time, am I?

Dumi: No one’s ever asked me that before! Um, it’s, it’s a bit complicated because technically the word “praise” and the word “God” aren’t in my name separately, but the name as a whole means “praise God.”

XASS: So how did you get connected to Chi Alpha?

Dumi: Yeah. So I mentioned that I was connected to the Zimbabweans who are attending Stanford at the time. So one of them, Vimbai if you remember her –

Dumi: She told me about Chi Alpha and about reFARMation which was during NSO and so, yeah, I attended that and I think she was there. At least she told me about it. And I also remember another push factor that encouraged me to go was meeting Bear and Farouk in Burbank that first week at Stanford during NSO. We had great conversations. And so we all kind of went together.

XASS: Did you know we have a photo of you and Bear together from that day?

Dumi: Oh, yeah, yeah. I’ve seen it on the website. 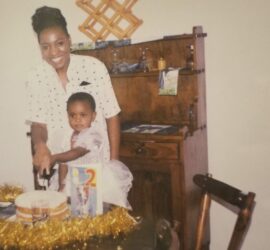 Dumi: Yeah, so definitely both. My first two years of Stanford I struggled a lot in my faith. A lot of it had to do with the intellectual aspects of faith. I struggled with the idea of a colonial religion being the right religion. That was tough. Also, coming to Stanford was the first time I was exposed to non-Christians because Zimbabwe is over 80% Christian and so meeting people with their different faiths made me question why my faith was the right faith. I honestly feel like faith is a gift in a way because you can grapple with all of the intellectual questions but from my experience, it took a touch from God to really be like, yes, you know, this is the right thing and I feel so much conviction about that. So in the beginning I struggled a lot, but especially this year I’ve grown tremendously. My parents are both preachers. So I grew up in a Christian household and grew in my faith a lot there. But going through the furnace of having my faith tested here has brought out a lot of gold and it’s going to bring even more.

Dumi: My favorite Bible verse is Psalm 27 verse 4, “One thing I desire of the Lord is that I may seek and dwell in the house of the Lord all the days of my life.” I first discovered that verse way back when I was 15 and I used to spend a lot of time in my room just worshiping on my own. I used to spend hours and hours a week just worshiping, and I came across this passage and I feel like it captured so well what my heart’s desire is because even with all of the things that I’m passionate about, honestly the love of God is such a revitalizing force in my life and I long for the day when we’re all in heaven, and we can praise Jesus all day long. That just sounds amazing to me.

XASS: Is there something that if I knew you better. I would have thought to ask about?

Dumi: It may feel a bit obvious, but I’m really close to my family and I think that’s particularly interesting given that I go to a school that’s thousands of miles away from home. And so even in this time with everything happening with Covid-19 I feel really blessed that I could be at home with them, especially with my sisters. I think at the end of the day, it’s really important not just for me but for people in general to have others that they can feel safe with. I strive to create that environment for people, you know, just being a friendly, calming presence that others can be with because I’ve seen the importance of that with my own family. 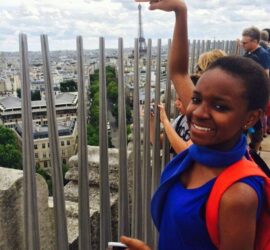 XASS: So the final question, the classic Chi Alpha Spotlight Series question. Are you in a relationship?

Dumi: Yes, I am in a relationship.

XASS: Would you care to provide any details?

Dumi: I knew you would do this! Yeah, so I am dating someone that I met at the Chi Alpha SALT conference. So for those of you who are reading this, Chi Alpha nationally has SALT conferences around the US. I met him at the West Coast Conference in January this year, he just graduated from college and has joined the Navy.

XASS: Awesome, Dumi. Thank you so much for your time!

This summer we’re meeting in person at the Haas Center Wednesdays at 7:30pm June 22-Aug 5, we also livestream at live.xastanford.org